Since the second half of 2020, major economies around the world have proposed long-term carbon neutrality targets, and emission reduction has become a global consensus.

How can we reduce emissions specifically?

According to statistics from the International Energy Agency (IEA), in 2019, traditional fossil energy such as oil, coal, and natural gas still accounted for 85% of global primary energy consumption, and renewable energy accounted for only 10%. Therefore, to well achieve long-term carbon emissions and reduction targets, energy transition is the only way for all economies.

How to realize the energy transition?

In this process, with the gradual increase in global electrification, energy storage will play a crucial role in the power system. Unlike traditional fossil energy sources such as oil and coal, electricity production and consumption need to be carried out at the same time, and energy cannot be stored directly in the form of electrical energy. Therefore, when the output of the power generation does not match the electricity load, the stability of the power system will face challenges. At this time, the energy storage system (ESS) needs to adjust the power system by charging or discharging. 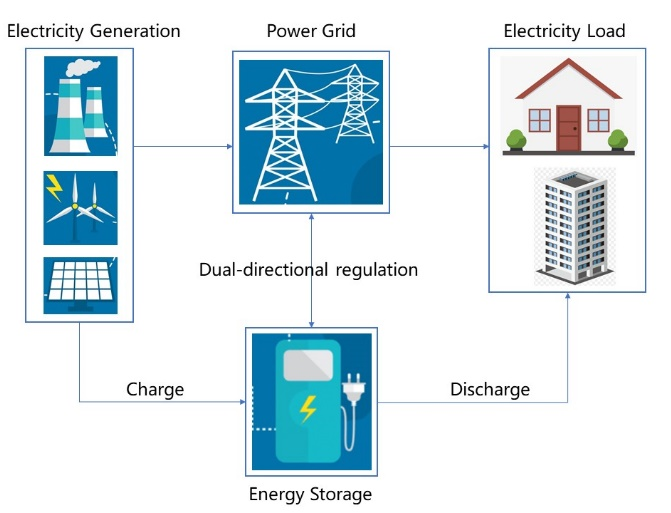 I. Definition and Classification of Energy Storage

Energy storage refers to the storage of electrical energy, which is related technology and measure that uses chemical or physical means to store electrical energy and release it when needed.

According to the storage method, energy storage can be divided into mechanical, electromagnetic, electrochemical, thermal, and chemical energy storage.

Among them, pumped storage of mechanical energy storage is the most mature system in current commercial applications which is generally used in thermal power and nuclear power. The working principle of pumped storage is very simple. It is to pump water from a low place to a high place and store it and then release the water to generate electricity when needed. 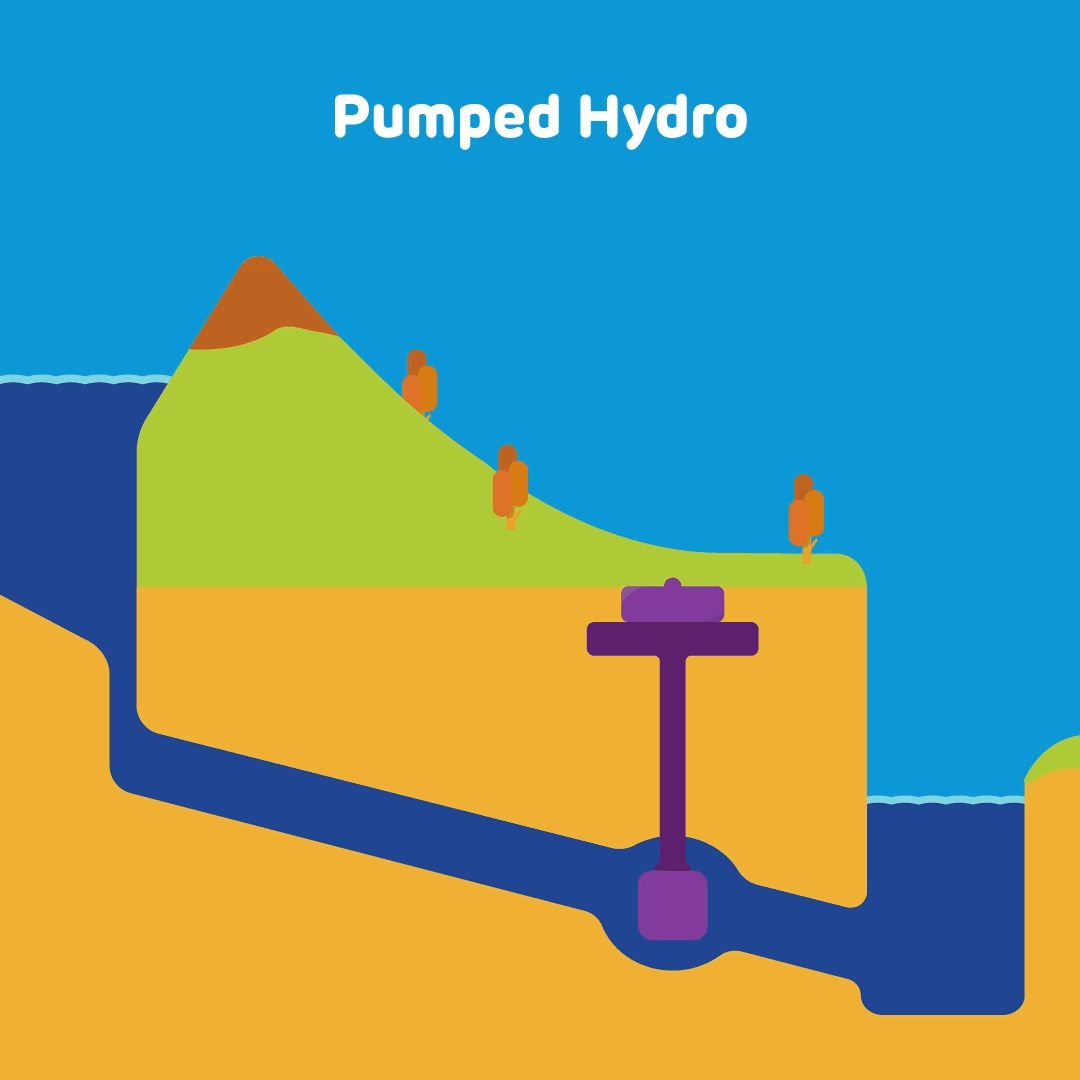 II.Data for the Energy Storage Market in 2020

According to China Energy Storage Alliance (CNESA), by the end of 2020, the accumulative installed capacity of global energy storage reached 191.1GW with an increase of 3.4% year on year.

It is true that the drawbacks of pumped storage are obvious. The construction of pumped storage has great geographical restrictions. Because upper and lower reservoirs are required to exist within a relatively short distance and have a high height difference. And under the condition of limited height difference, the energy density achieved by pumped storage is also very finite. In addition, the biggest limitation to the development of this technology is its extremely low economy. Pumped storage has high investment costs and a long payback period, often more than 30 years, and some are not profitable at all. 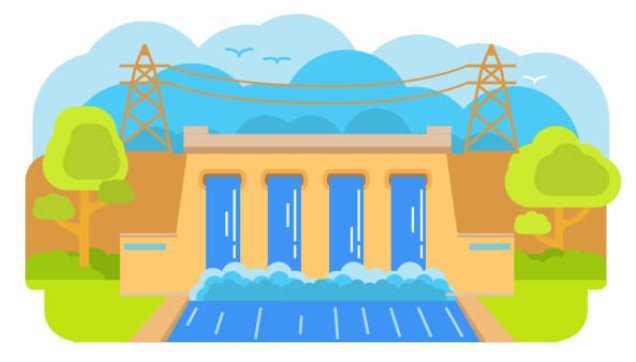 International Renewable Energy Agency’s (IRENA) “Renewable Energy Statistics for 2021” annual report shows that renewables’ share of all new generation capacity has risen sharply for two consecutive years. More than 80% of all new generation capacity added in 2020 will be renewables, with solar and wind accounting for 91% of new renewables. According to the IEA report, as of the end of 2020, the global cumulative installed PV capacity was 760.4GW. Twenty countries added more than 1GW of new PV capacity. Among them, China, the European Union, and the United States ranked the top three in the world with the scale of 48.2GW, 19.6GW, and 19.2GW respectively. The cumulative installed capacity of wind power is 743GW.

However, due to the volatility, intermittence, and randomness of PV and wind, the power is unstable, which intensifies the phenomenon of abandoning wind and light, and brings challenges to the stable operation of the power grid.

On the contrary, LIB energy storage has a fast response time, which can adapt to the multiple fluctuations of wind and PV power generation within a day. It can provide a certain degree of buffer for new energy access to the power grid, and play a role in smoothing fluctuations, peak cutting and valley filling, and energy scheduling. Also, LIB energy storage is not restricted by topography and has a wide range of applications. 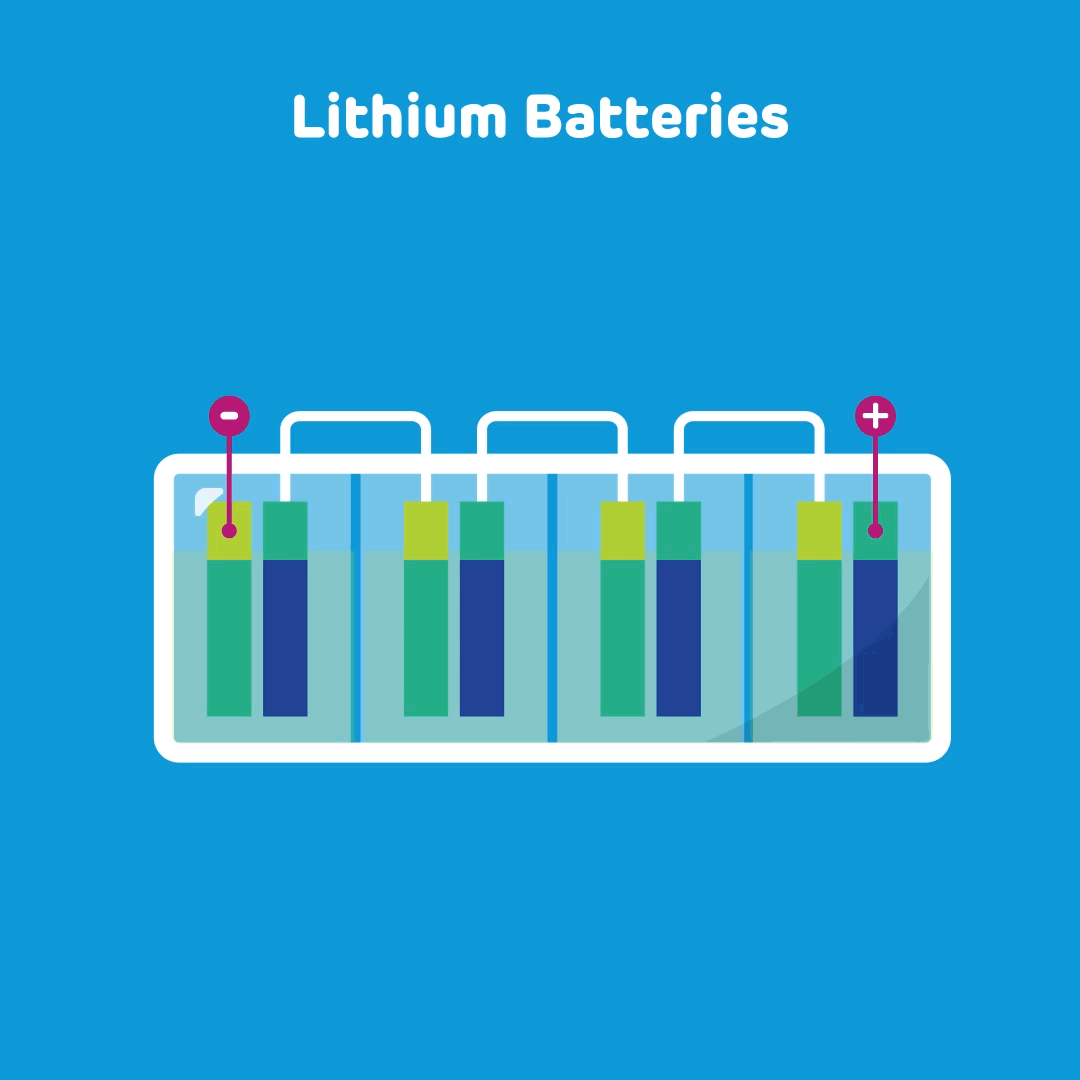 LIB energy storage combined with PV and wind power can rapidly promote global energy transformation. However, it is also accompanied by an important problem-the high cost of LIBs.

LIBs were limited in some markets because of their high cost and poor cycle life. But in the past two years, LIBs have benefited from the rapid rise of the electric vehicle market. After LIBs are retired from electric vehicles, they can be used in the field of energy storage in cascades, which greatly reduces the cost of LIBs and opens a door to energy storage. The price trend of LIBs can be divided into two stages by 2020. The cost of battery cells fell sharply in the past decade, and industry concentration increased while the subsequent ten-year cost decline will slow down and global competition will intensify. According to Bloomberg New Energy Finance, the cost of energy storage systems is expected to drop to $165/kWh by 2030. 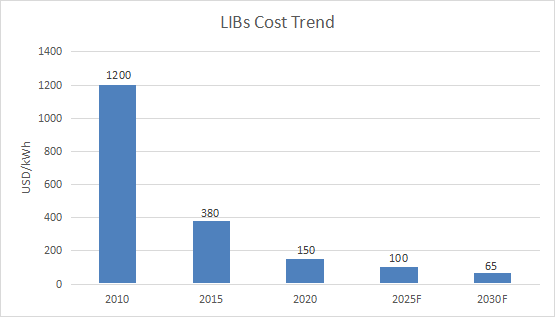 In order to realize the energy transition, energy storage technology is the key to the development of new energy. However, whether energy storage can become the last piece of the puzzle in the future energy system not only depends on technological innovation but also requires a proactive policy environment, market, and careful planning.

[3] Lithium Battery Prices Have Slowed Down, But There Is Still About 50% Room Under The Leadership Of Major Manufacturers, InfoLink, 2021